One can never have too much of material devoted to the movie "Forbidden Planet," at least by my calculation. As the immediate ancestor of "Star Trek," which I love, this film which pre-dated it by almost a decade set the standard for thoughtful and forward-thinking sci-fi set on a futuristic spaceship. Today's post is a scan of several articles from the high-quality magazine Science Fantasy Film Classics. This was from the first issue of this short-lived publication, which came out in the winter of 1977. (See the cover here.)
(Click on images to enlarge.) 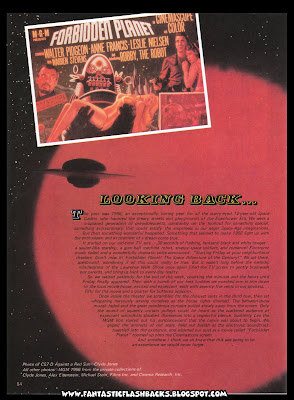 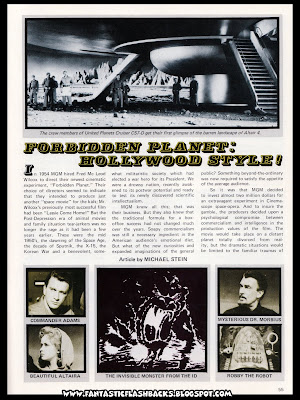 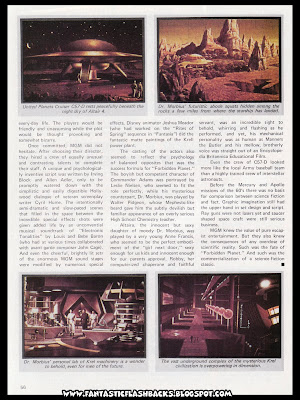 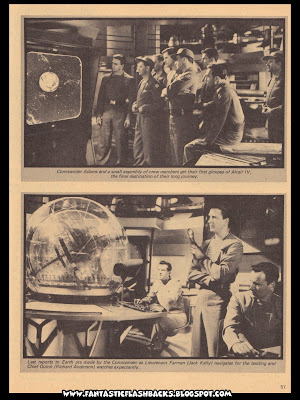 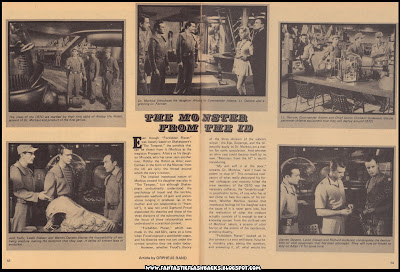 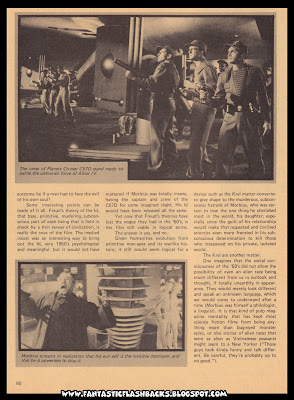 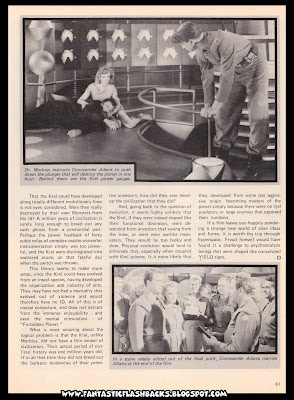 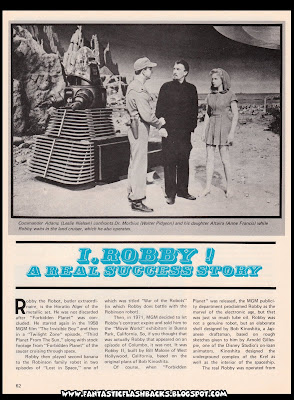 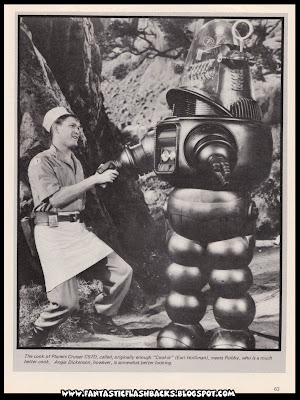 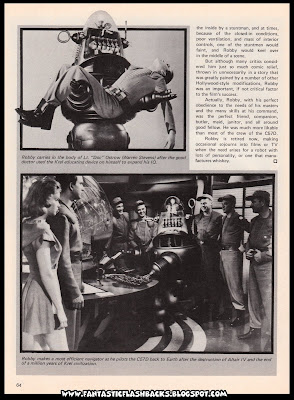 I only in recent years found out that Robbie's bottom half and legs in the above scene are merely painted on a flat piece of wood or cardboard. It was positioned so that, when seen from the camera's angle, it gave the illusion of being the actual lower body and legs. The suit was not built to allow him to sit down, so this was a fast and money-saving solution that worked for the quick single shot. 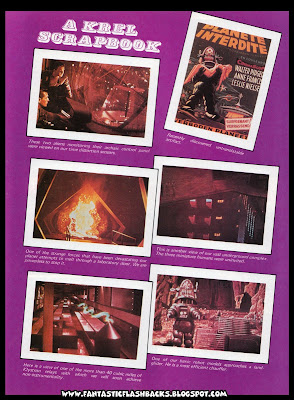 I consider "Star Trek" and "Lost In Space" to both be sons of "Forbidden Planet." "Trek" inherited the character and intelligence, while "Lost" only strongly resembled in appearance. That said, I feasted on "Lost" as a kid, and it fueled my interest in monsters and sci-fi for years.
Posted by Frederick at 6:43 AM 2 comments: 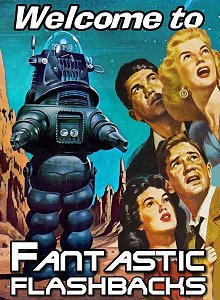 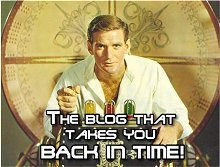 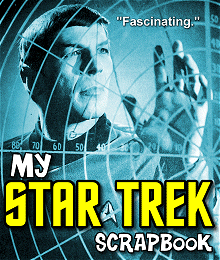 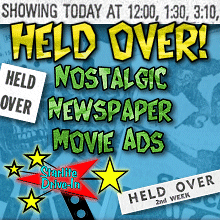 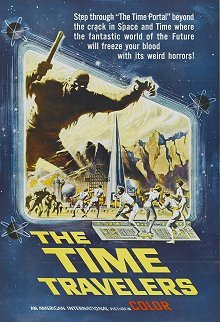 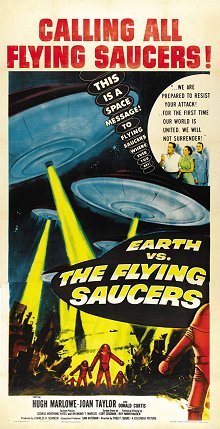 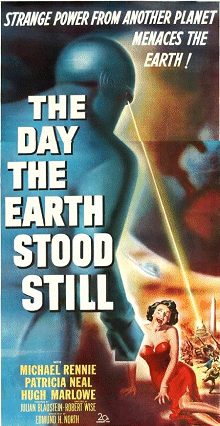 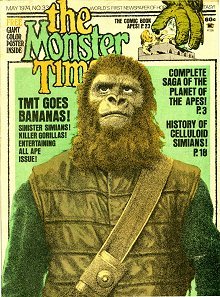